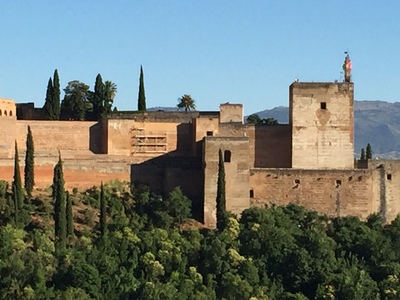 View of the former Moorish palace of the Alhambra, in Granada. Its Arabic name, Al Hamra, means "The Red One." It was originally built in the 9th century atop a former Roman fort. It was altered over the centuries by the Moors, and then by the Spanish when it was captured by Ferdinand and Isabella in 1492.